Sun pillar, or light pillars, are shafts of light extending from the sun or other bright light source. They're caused by ice crystals drifting in Earth's air

What is a sun pillar, or light pillar?.

Sun pillars, or light pillars, are shafts of light extending from the sun or other bright light source. They’re caused by ice crystals drifting in Earth’s air. 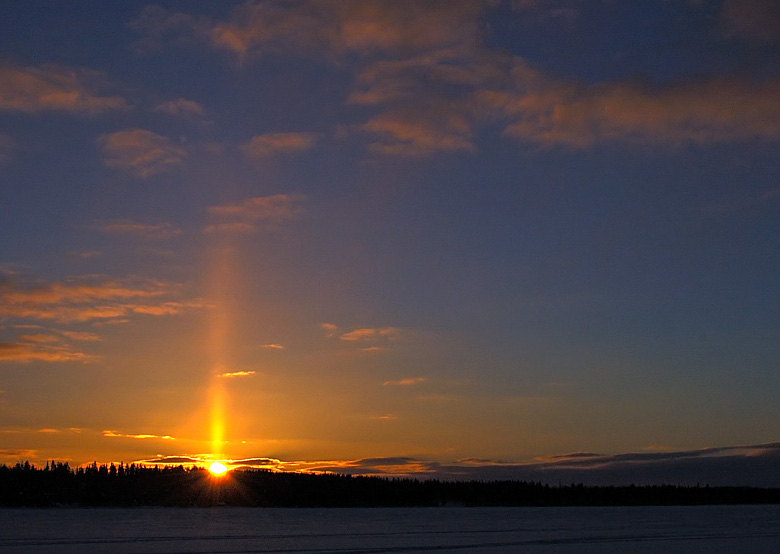 Sun pillars are vertical rays of light above or below the sun. In most cases only the upper sun pillar is visible.

Sun pillars are vertical shafts of light that extend upward (or downward) from a bright light source, such as the sun or other bright light low on the horizon. They can be five to 10 degrees tall and sometimes even higher. They might lengthen or brighten as you gaze at them.

They’re beautiful and wondrous. They’re also the source of some UFO reports!

An amazing sun pillar at sunset on May 10, 2016. A storm had recently passed. 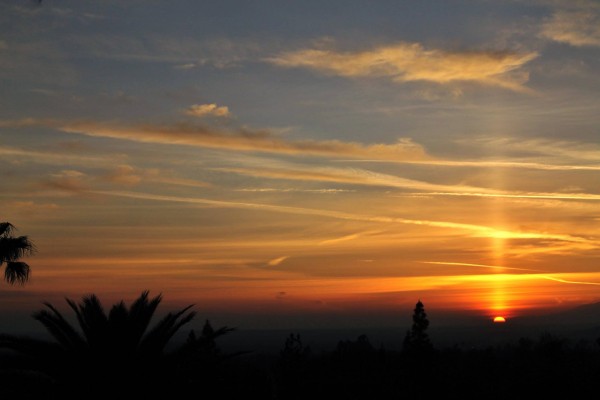 The U.S. West Coast got an amazing sun pillar on the first evening of spring, 2016. Photo by Lyle Evans in Highland, California. 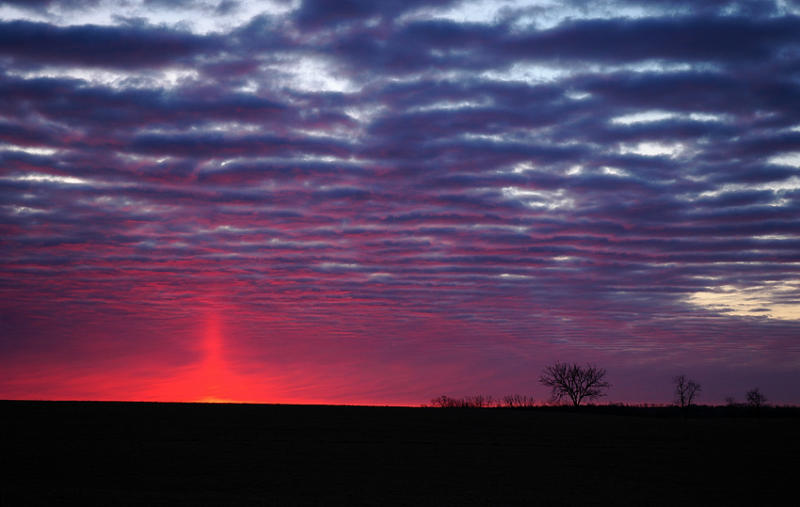 Another shot of the beautiful sun pillar seen on March 20, 2016, from the U.S. West Coast.

Sun pillars or light pillars form when sunlight (or another bright light source) reflects off the surfaces of millions of falling ice crystals associated with thin, high-level clouds, for example, cirrostratus clouds. The ice crystals have roughly horizontal faces. They are falling through Earth’s atmosphere, rocking slightly from side to side.

No weather warnings have been issued for the South West at this time.

Our own 10-day Gloucestershire Forecast

Live webcams around the county

Warnings for the South-West