Some people think that the UK has no Earthquakes, but this isn't quite true...In the last 50 days we have seen the following activity:

Reproduced with the permission of the British Geological Survey © NERC. All rights Reserved. 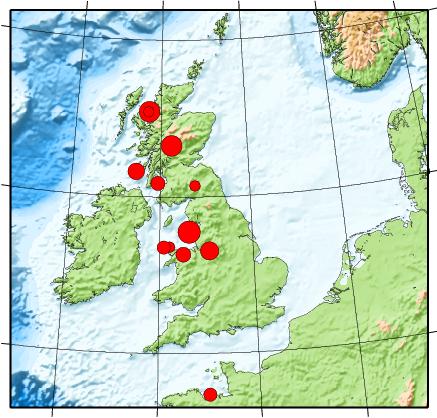 And if you are not sure what the magnitude or Richter scale means then read on....

The Richter magnitude scale was developed in 1935 by Charles F. Richter of the California Institute of Technology as a mathematical device to compare the size of earthquakes. The magnitude of an earthquake is determined from the logarithm of the amplitude of waves recorded by seismographs. Adjustments are included for the variation in the distance between the various seismographs and the epicentre of the earthquakes.

To put this into more laymens terms, the various Richter numbers can also be thought of a scale ranging from I to XII (known as the Mercalli) by which people judge the size of an earthquake based on the observed damage, and effects felt or seen during the quake: 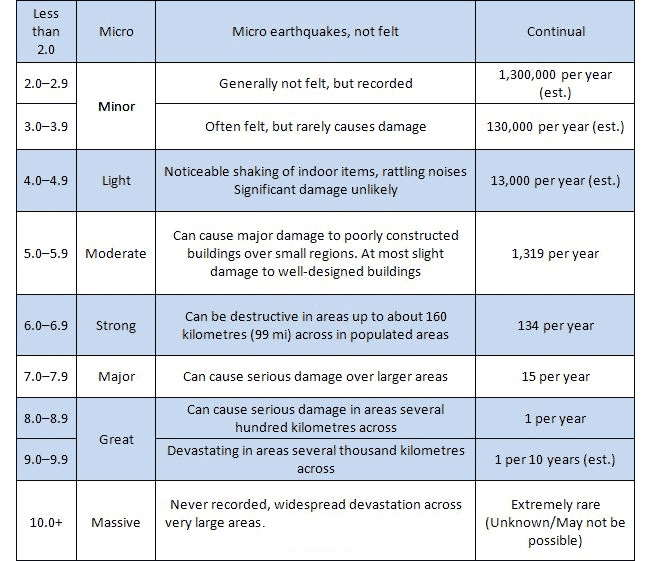 
On this day in the West